The watchman at Ferring rocket station had kept an eye on a ship which was drifting southward in the storm. He telephoned the rescue station in Tuskær and told them to prepare for launch. (Time: 10:30) 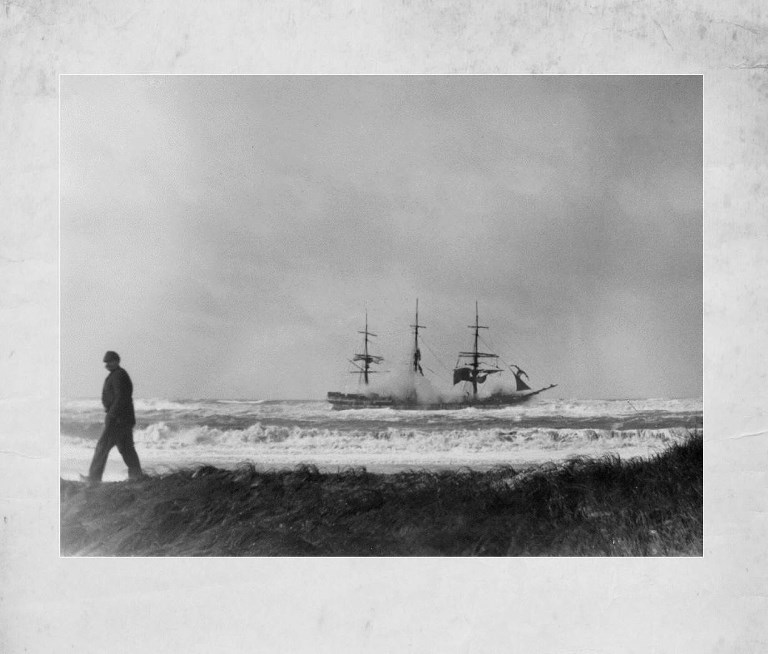 Down in Fjaltring, gossip spread about a ship sighted not far off land and soon the shoreline was packed with people. Soon after, the ship struck the outermost sandbank. (Time: 11:30) 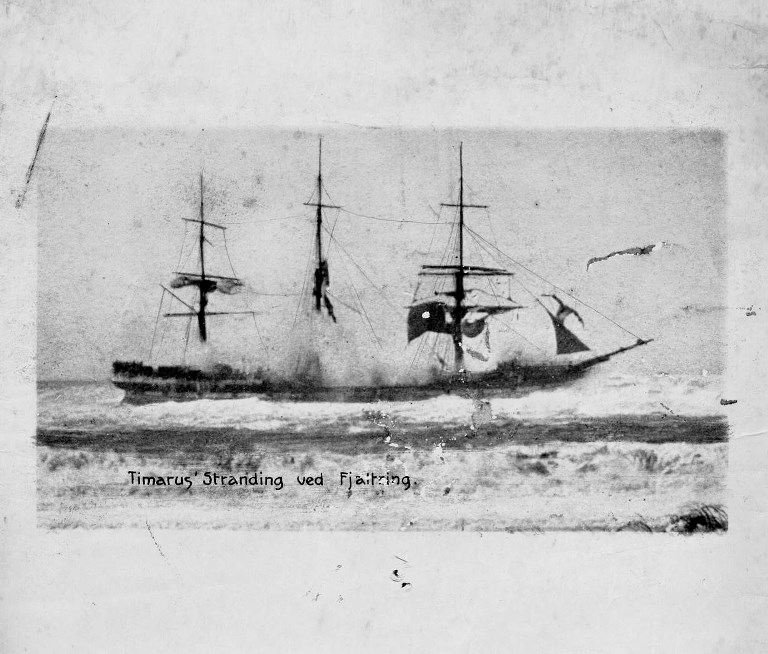 The ship turned in the water and ended up with her stern to the North, side-on to the seas. The rigging fell and shortly after the ship broke in two. The crew clung to the aft of the ship. 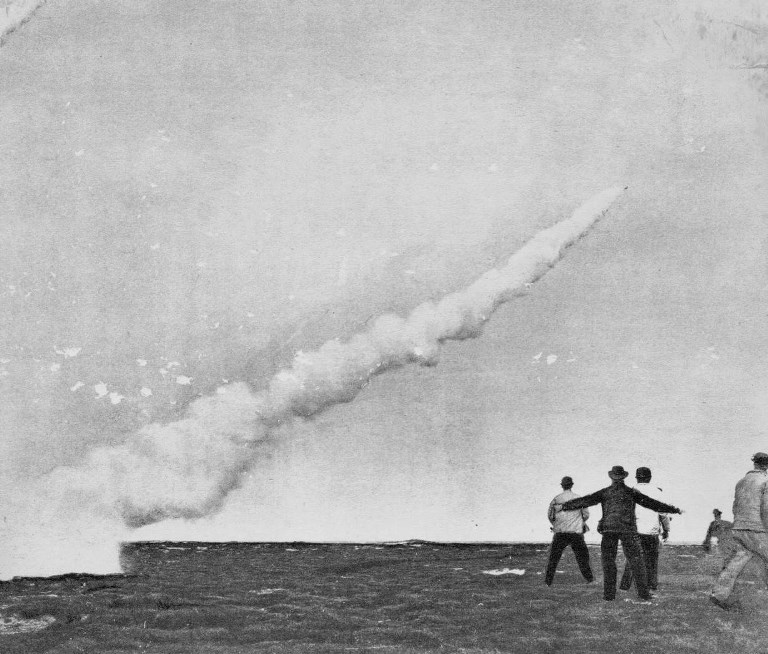 Due to the heavy seas, it was not possible to launch the lifeboat. Five rockets were fired at the ship, but nobody could reach the stricken vessel. After half an hour, she was completely wrecked.

On the beach, people found the ship's log and a pocketbook with a list of the crew. The ship was the Timaru of Drammen, 1207 tons net, with a crew of 18. 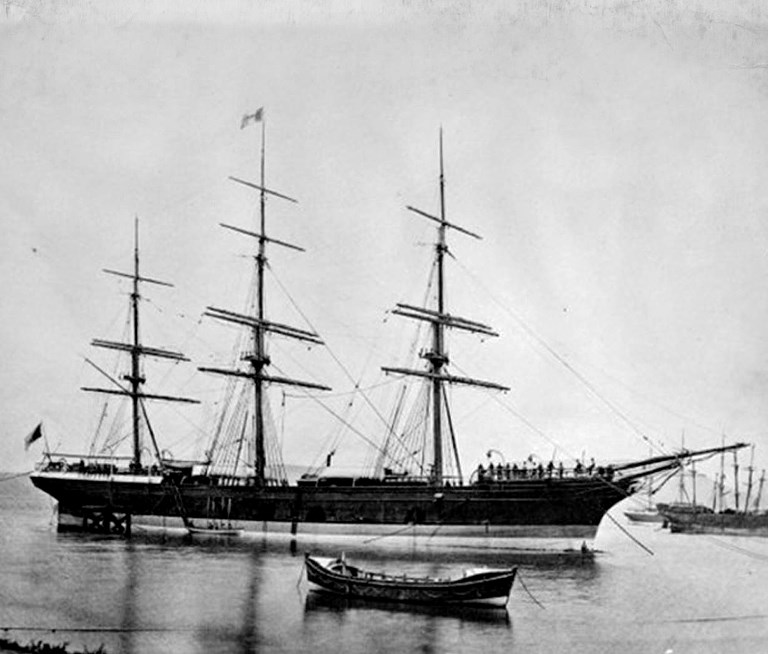 The ship was named after the town of Timaru in New Zealand. She was built in England in 1874 and had previously sailed long-haul routes, but her final voyage was from Vlissingen in Holland bound for Kristiania in Norway with a cargo of coke. 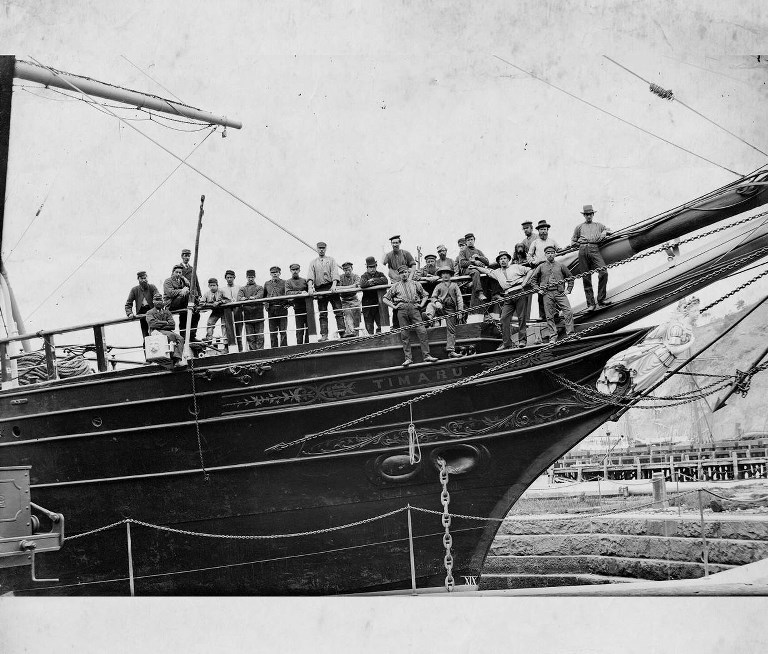 The last sign of life from the crew was a message in a bottle, thrown into the sea by the ship's sailmaker just before the ship went down: ”In case none of us is saved, the Timaru was stranded on the 22nd. Goodbye my darlings 22/2-1907. Goodbye, Dear wife and children. Karl Tollefsen, Svelvig, Norway.” 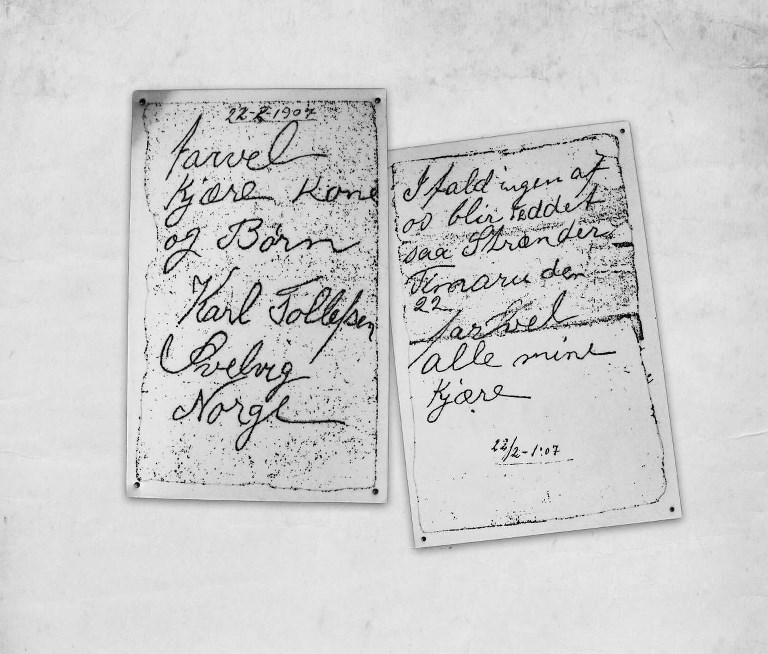 ”In case none of us is saved, the Timaru was stranded on the 22nd. Goodbye my darlings 22/2-1907. Goodbye, Dear wife and children. Karl Tollefsen, Svelvig, Norway.”

Premonitions are part of the way of life on the west coast. Lemvig Museum has several examples of people who had visions of events before they occurred. Jens Kristian Ruby, who was born in Fjaltring in 1901, picks up the tale:

”My mother came from east Jutland, where the term ”premonitions” was unheard of. But one day my father and our farm hand were standing somewhere west of Ruby. At their side stood mother and Ole Harboesgård. The four of them were just standing there, talking about the weather. Then my mother says: ”What was that? I just saw a rocket shoot out to sea.” Ole replied: ”That was a rocket – it was probably a premonition about a stranding.” Mother felt a bit strange on hearing that. Ole was a thorough man, and took bearings on where they saw the rocket from an unusual outcrop on the cliff and our house. It was odd that neither my father nor our farm hand saw anything.

In February 1907 the ‘Timaru’, a large Norwegian bark carrying coke ran aground. A number of rockets were fired off, but none of them reached the ship. We could hear cries from the ship whenever a rocket failed to reach it. Shortly afterwards, the rocket team from Lilleøre arrived. They took position a little further north. Ole took bearings again and came back to tell mother that it was the same direction they had seen the rocket being fired, and they must have had a premonition about this ship.”

”The Stranding at Fjaltring.
It appears that two crew members from the bark ‘Timaru’ were not on board at the time she ran aground. Because of sickness, first helmsman Carl Gudmundsen had been left behind on St Helena and seaman Andersen was dropped at Antwerp, where the ship's cargo was inspected on 1st February.

From the women's and children's clothes that were washed ashore, some have concluded that members of the captain's own family were on board. However, this is not likely, as women's and children's clothing were found in the sail maker's trunk. This trunk also contained some toys. The clothes and toys were all new. It seems probable that the clothes were intended for the sail maker's family.

This morning, three bodies were washed ashore. One of these, discovered on Chr. Fjord's stretch in Nr. Lyngvig, had his name tattooed on his arm: Hans Anthonsen, Drammen. A watch was found on the corpse and a couple of rings in one of the trouser pockets. The second body came ashore on Chr. Lauridsen's land in Nr. Lyngvig and the third on Andreas Simonsen's land in Sdr. Lyngvig. No means of identification have been found.

The coroner's inquest took place today of the body which was washed ashore at Vedersø last Saturday. A receipt book, a watch and a ring have established the identity of the man as the carpenter, Carl Jørgen Christiansen.

Only a little of the wreck can now be seen above the water.”