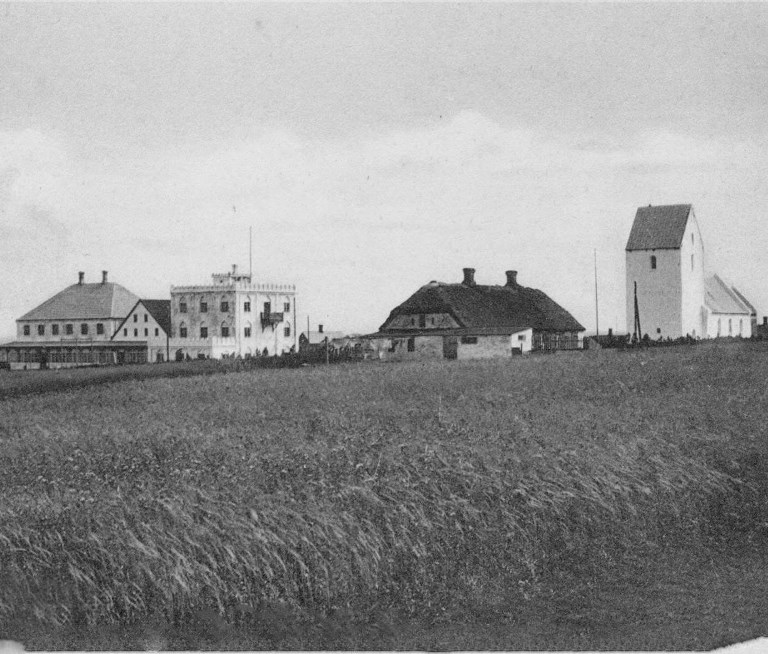 On Sunday 22nd November 1903, 29-year-old Peder Hansen from Bovbjerg was eye-witness as the Norwegian ship Capella of Arendal ran aground. This is his account. 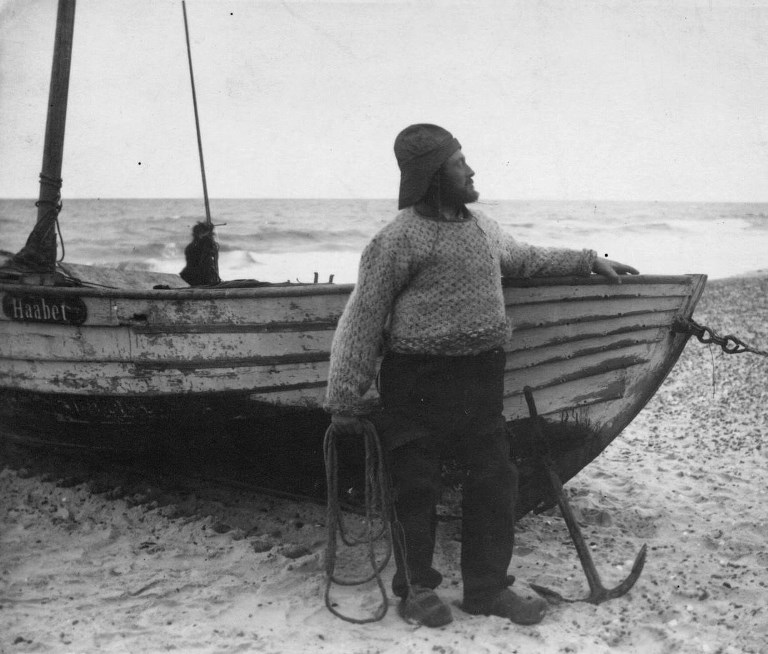 Just past mid-day, I took a walk to the sea. On the beach I met one of the old fishermen, Kresten Hestdal, and we walked together to the north. 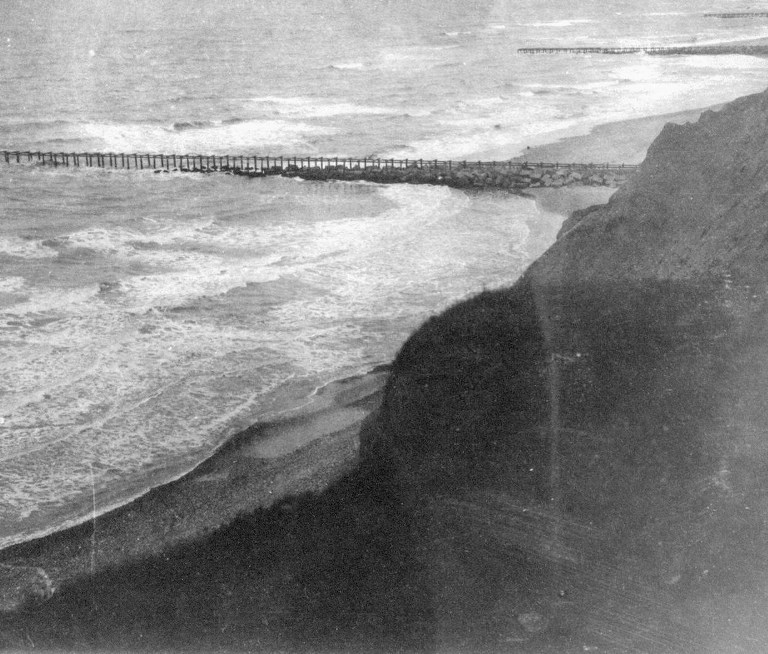 He told me that in all his 75 years on the coast, he had seldom seen such waves. The sea was so stormy and the waves so high that we had to walk among the dunes. 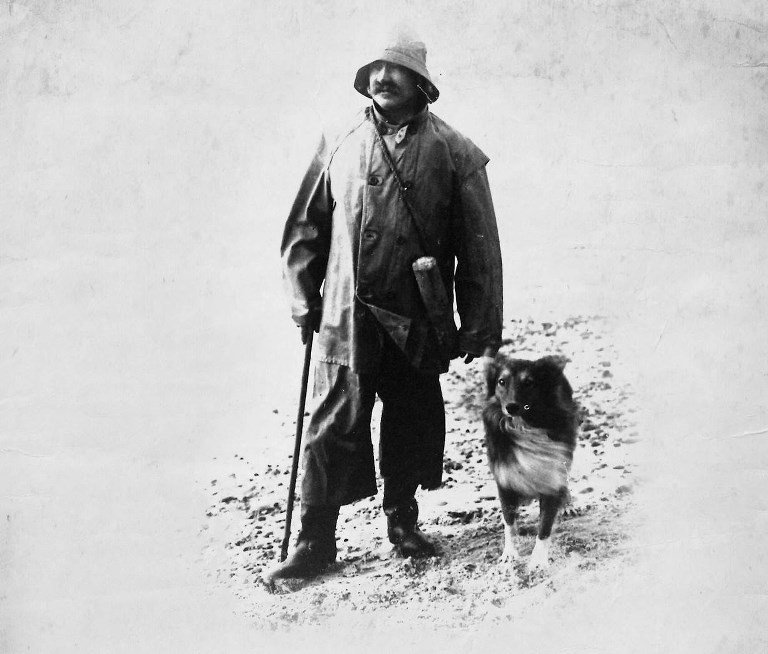 After we had eaten supper, two of my neighbours came to fetch me. They wanted me to go with them to visit another neighbour who was ill and needed cheering up. Just as we were about to leave, one of the beach guards came running: ‘There's a stranding at groyne number 1!’ 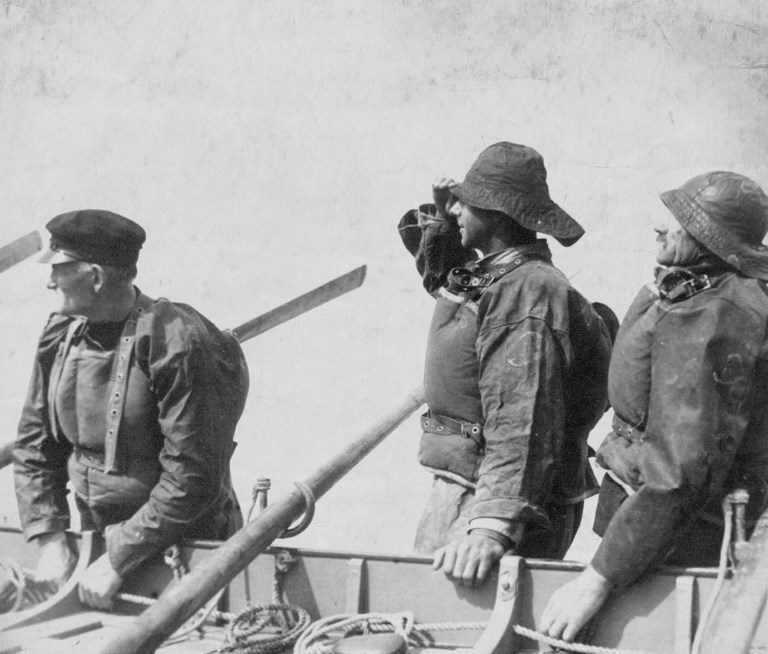 We ran down to the sea. The rescuers were on hand, but there was nothing to see. Quite apart from the storm itself, there were intermittent heavy showers and the moon was hidden from view. 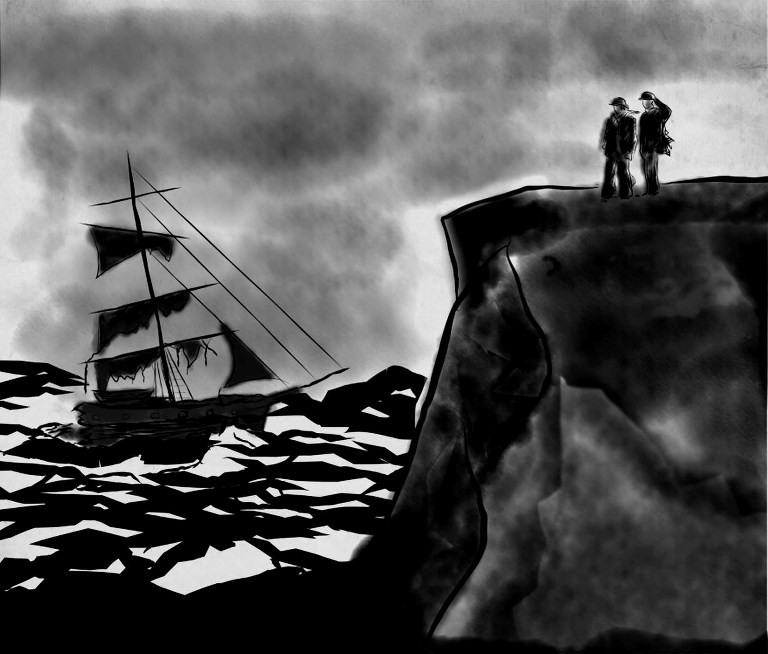 There came noises of creaking timber and sounds of crashing. We could hear the crew shouting. Then the lights went out. It was all quiet and in darkness. 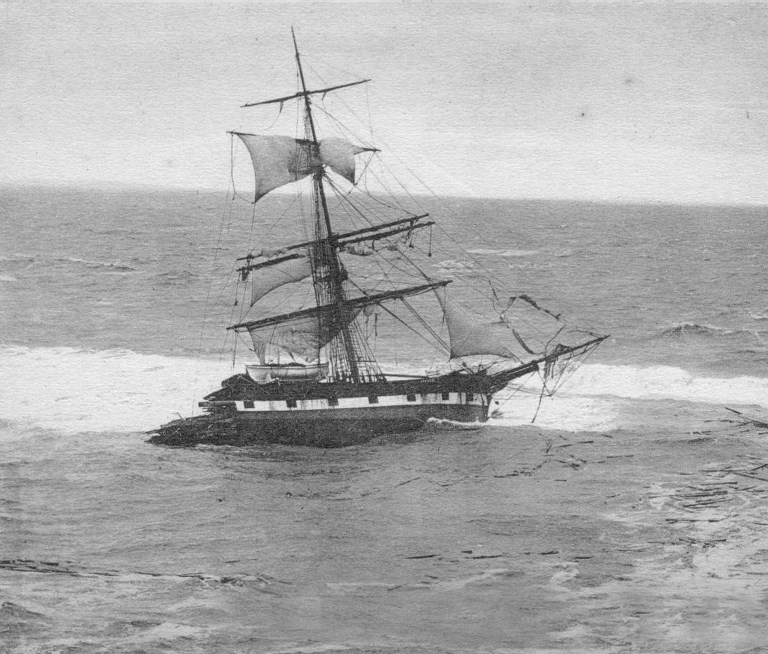 The ship was torn apart. It lasted 5 to 10 minutes. 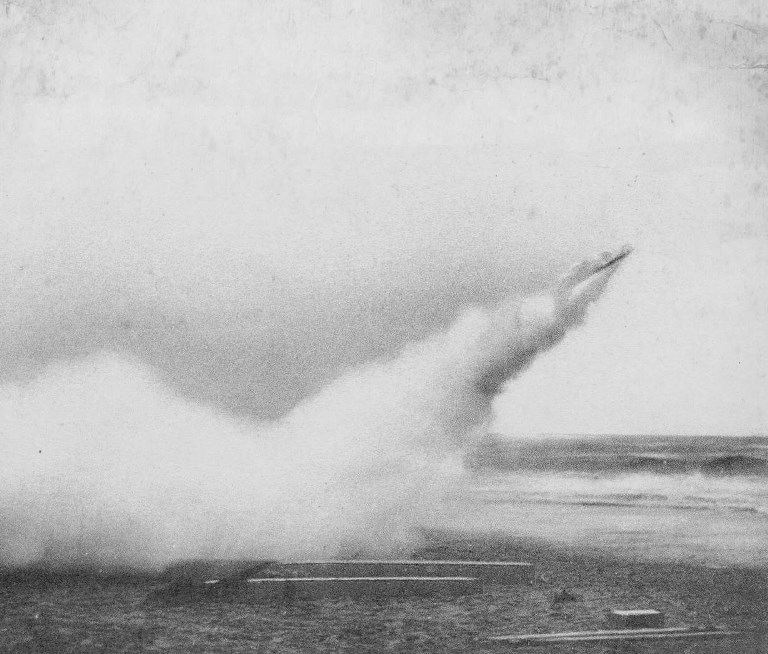 The rescue men fired rockets and the lines fell nicely over the part of the wreck which was visible. Sadly, there was no-one to haul in the lines. The whole crew of 15 was drowned. 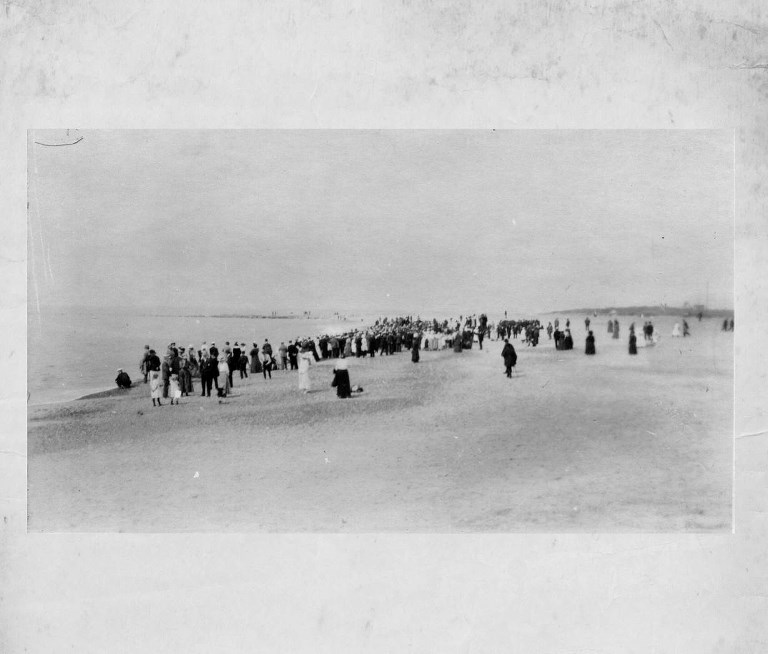 The next day, folk from the area flocked to the site of the disaster to see the wreck. It was a Norwegian barque, Capella of Arendal. She was on her way from Norrköping in Sweden to South Africa with a cargo of planks.

In the days that followed, drowned seamen were washed ashore at Trans, Fjaltring and Thorsminde. It was the first time I had witnessed a tragic stranding. Unfortunately, it was not to be the last.

The ship and its crew

The bark, Capella of Arendal, was an iron ship, built in Bremerhaven in 1875. She was on her first voyage for the shipping line in Arendal which had only recently purchased her in Bremen. Eight members of the crew of 15 came from Arendal, and the tragedy was keenly felt there. It was therefore decided in Arendal to raise money to help the widows and children of these victims. Of the remaining casualties, one was from Bergen in Norway, three from Germany and three from Denmark.

”This ship's cargo was timber. Planks in particular, cut to different dimensions, which the sea threw up onto the sandy beaches north and south of where the ship had run aground. The waters were so full of timber that the waves were subdued.

The auction was held when sufficient timber had been washed ashore. A large number of strangers came from miles around to buy. In particular, timber merchants from Lemvig, Struer, Skive and Viborg, many of whom bought a fair amount. The local hauliers had plenty of work to do, carting timber to the rail goods sidings at Bonnet and Ramme stations, from where it was transported by rail to the various buyers.

The work lasted most of the winter and provided extra income to the labourers and fishermen who would otherwise have had little to live on. In those days there was no such thing as social security and unemployment benefit.

But the local population were still burdened with heavy hearts. Our happiness with having more money was not as great as the joy we would have felt, had we only saved the crew.”

The last remains of Capella of Arendal

The house ”Capellas Minde” at Vesterhavsgade 11, Ferring was built in 1904. The timber used to build the house was salvaged from Capella of Arendal.

In 2007, professional divers dived the wreck of the Capella. The bows lay in a hollow on the seafloor, 5-30 metres from land, just south of groyne B. It is thought that the ship's stern section lies buried at the end of groyne B.