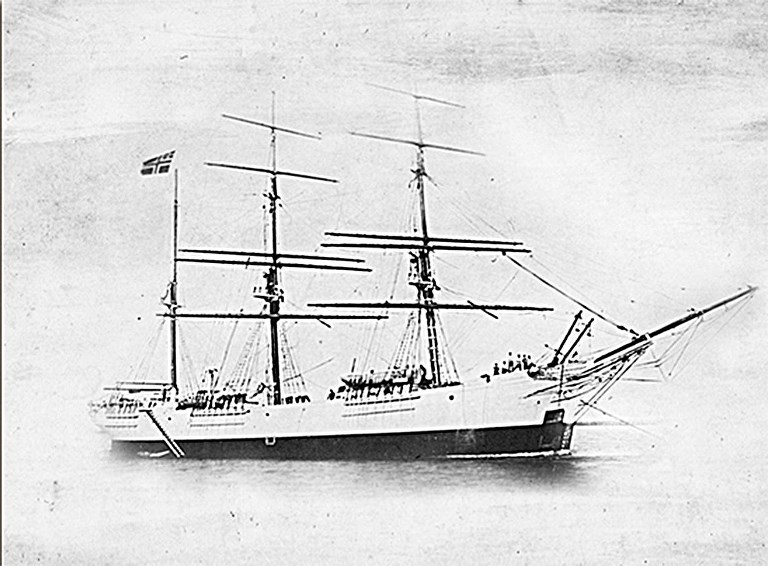 The barque Bertie of Kristiania with Capt. Thomassen and his crew of 12 was en route from Dieppe in France to Sundsvall in Sweden. But off the coast of Bovbjerg, Bertie was hit by a steamship. 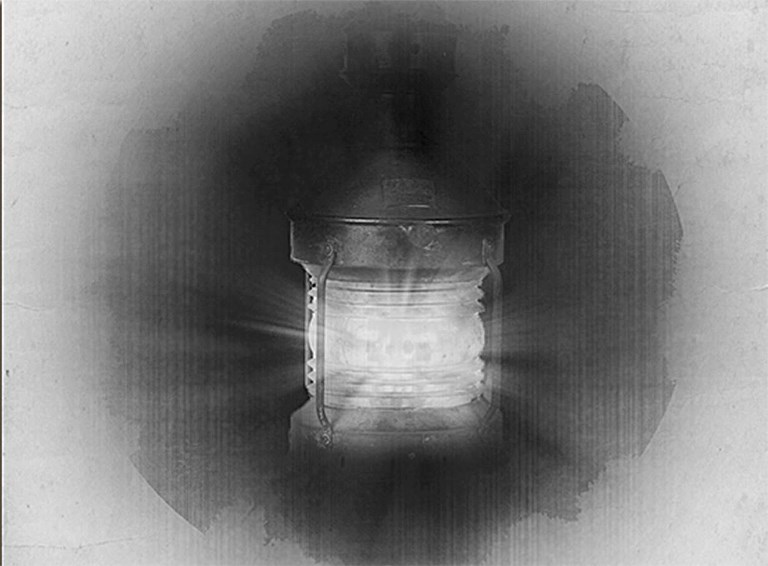 Shortly after change of the evening watch, a white lantern from a steamship was observed, bearing down on them. The officer of the watch was asked to check whether Bertie’s lanterns were correctly lit. They were. 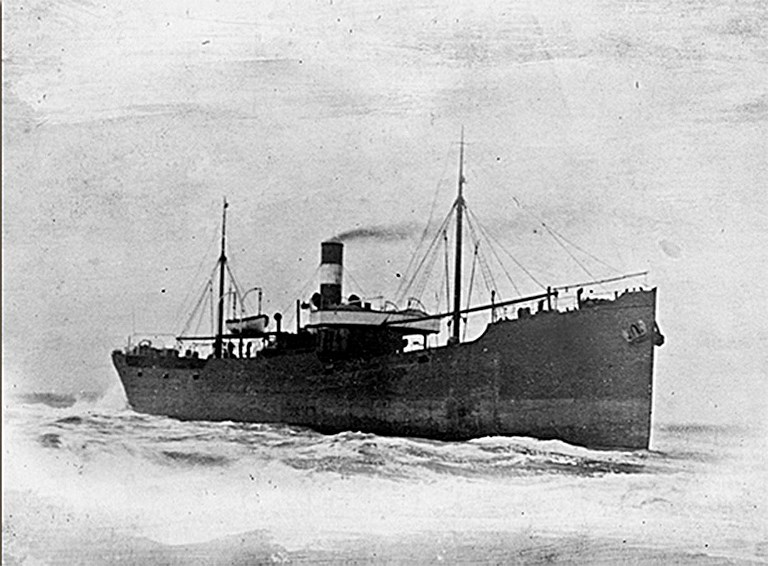 Capt. Thomassen assumed that the steamer wanted to come alongside Bertie in order to obtain information. The ship therefore maintained course. 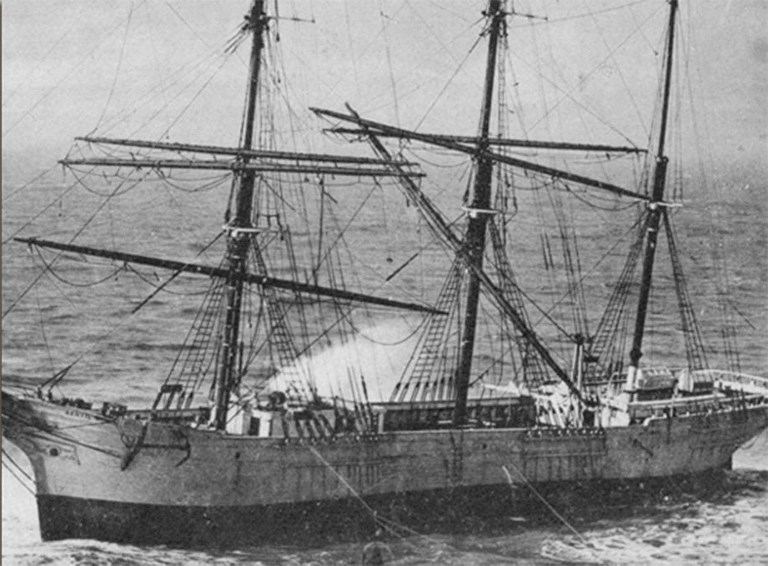 After one minute Bertie was rammed. The steamship hit the starboard side, rebounded, and then forged ahead, hitting Bertie twice more. 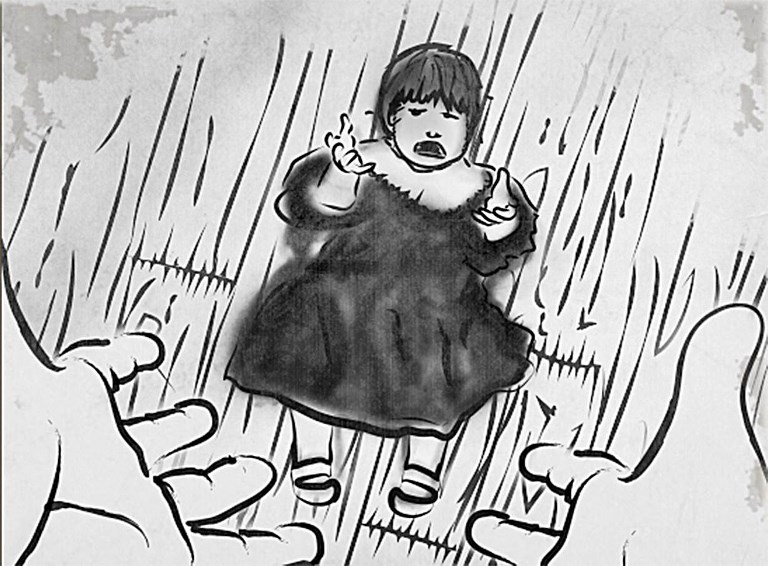 Bertie was sinking and the captain had to act quickly. With him on board were his wife and their child of 17 months. Resolutely, he dropped the baby onto the deck of the steamer. 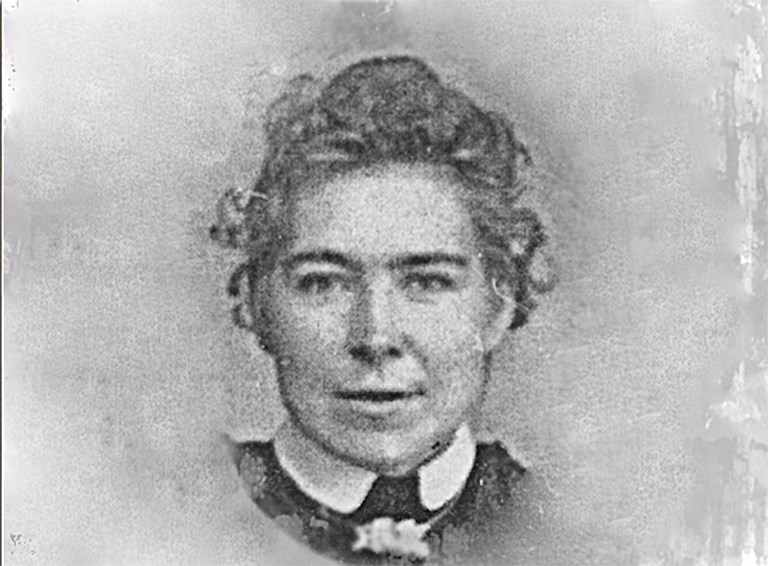 But before Capt. Thomassen's wife could follow their child, the steamer was already on its way. 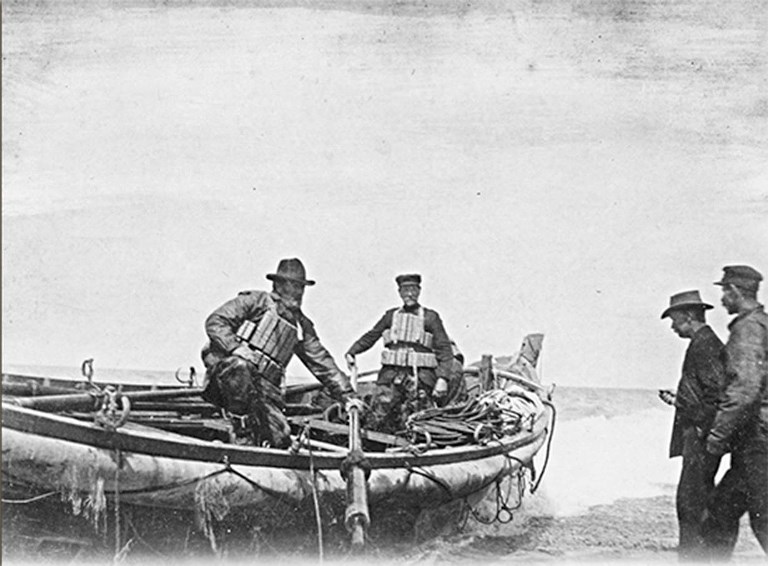 The crew of Bertie and the captain's wife were rescued to shore by the lifeboat from Tuskær. 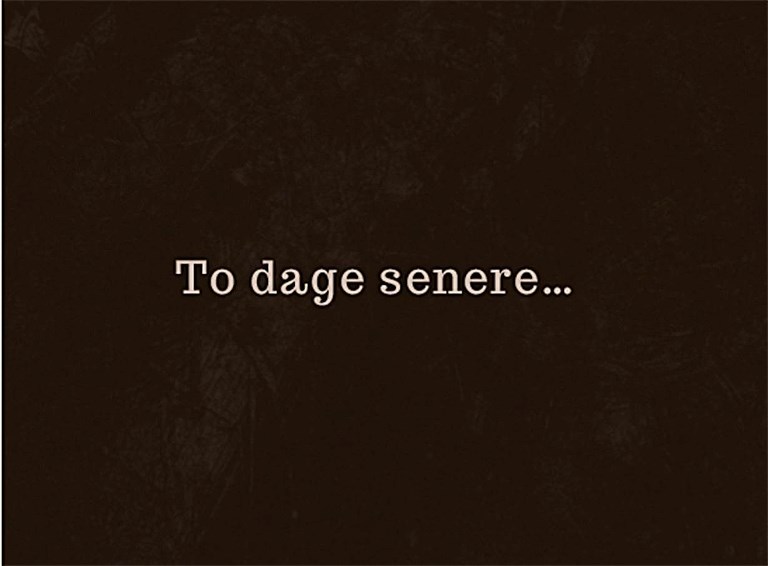 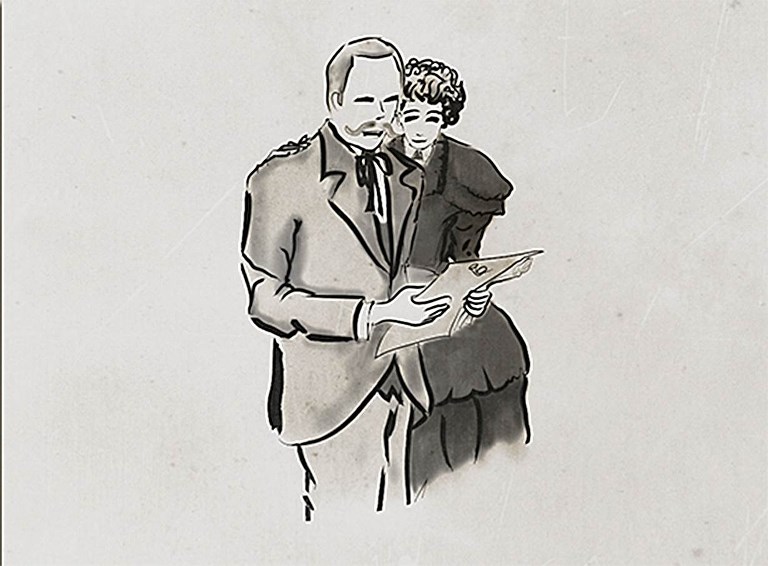 Two days later the German Consulate at Lemvig received a telegram from the skipper of the steam trawler, Bürgermeister Smidt, with the news that the child was in Bremerhaven. 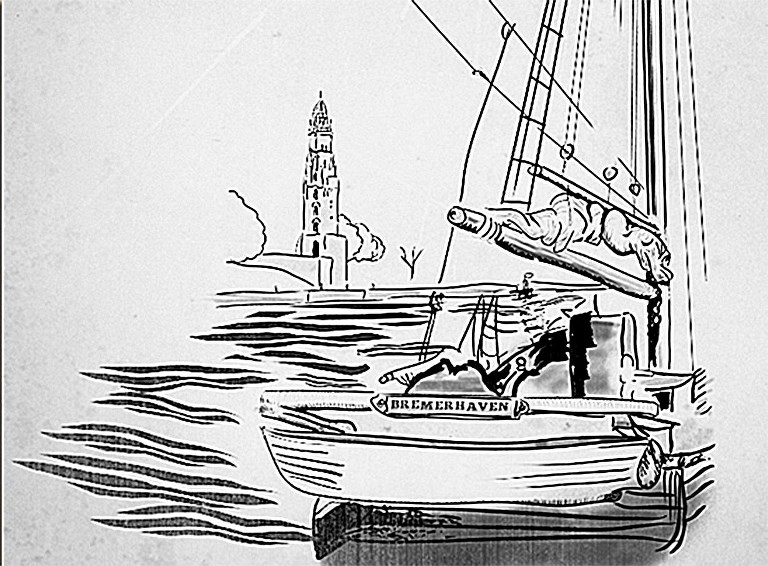 In Bremerhaven Capt. Thomassen met with the steamer's captain. He explained that, at the time of impact, there was nobody on deck. 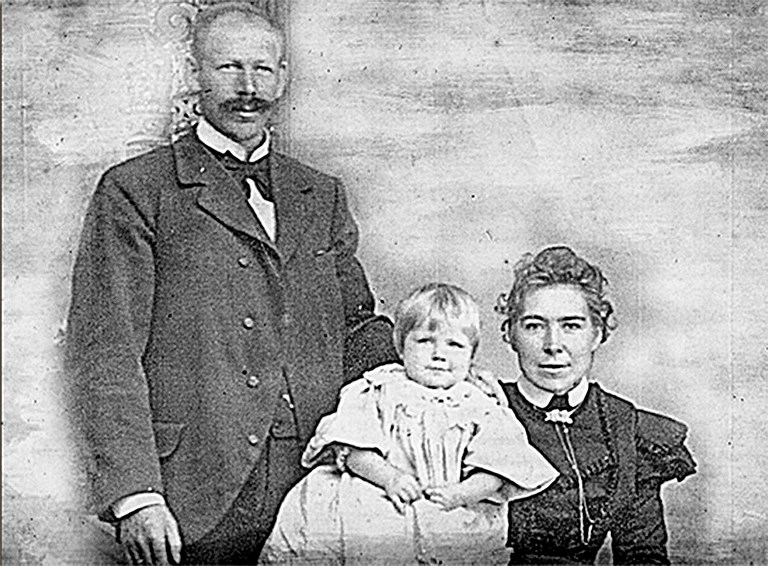 The Thomassen family was reunited in Lemvig where their picture was taken at Winther's photographic studio.

For days after the stranding of Bertie of Kristiania, the newspapers of Lemvig reported everything regarding the missing baby. On 21st September, the day after the tragedy, readers could see that the captain was waiting to hear from Esbjerg about ”his little Dagny”. On 23rd September news came that the German consulate in Lemvig had received a telegram from the captain of the steam trawler Bürgermeister Smidt. The child was safe and well in Bremerhaven. The ”joyous news” was immediately brought to the child's father, who took the 10 o'clock train from Lemvig to Bremerhaven.

On 25th September Captain Thomassen was back in Lemvig, where he and his men were witnesses in the maritime court. He testified that in Bremerhaven he had met the captain of the Bürgermeister Smidt. He was told that, at the time of impact, the steamer was laden and under way back to Bremerhaven steering SW to S at 10-11 knots. The captain himself was asleep, and the helmsman had the watch. However, no-one was on deck when the accident occurred, and nobody was on lookout.

We do not know whether the captain of Bürgermeister Smidt was brought to trial after the collision with Bertie of Kristiania. Nonetheless, he and his crew were in breach of the rules governing maritime traffic.

To begin with, it is a cardinal rule that motorised craft give way to sail-driven vessels, since a sailing ship is less manoeuverable than a motorised ship. In addition, the crew of the German ship neglected to post a watch, and furthermore, when the accident occurred they withheld the name of the ship, that of her owners and her home port. Worst of all was the fact that they did not come to the assistance of Bertie, but simply sailed on.