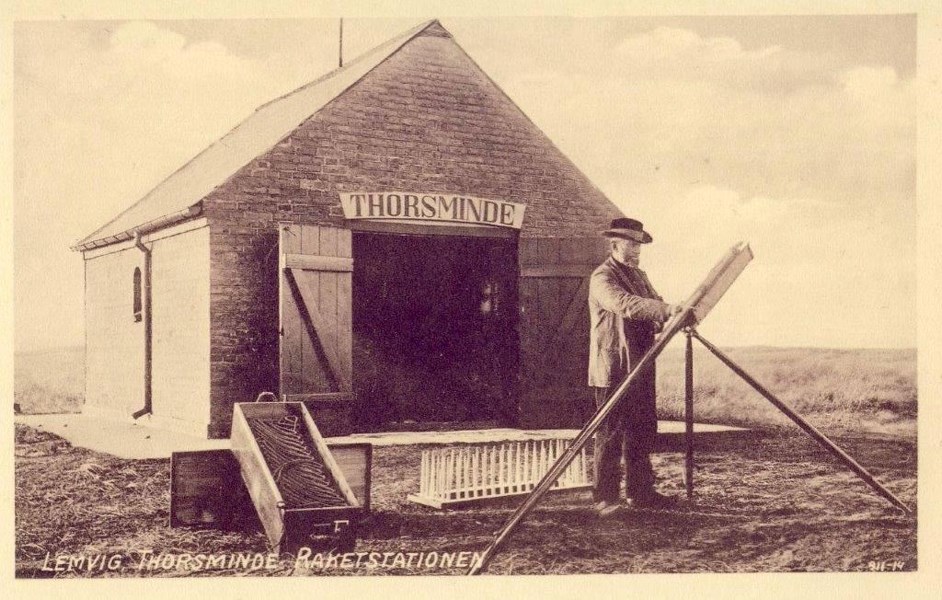 Thorsminde Rescue Station was established exclusively as a rocket station with associated storage housing for the apparatuses on 1 September 1882. In 1882, the crew consisted of 9 men. The station's first warden was lock master Adser Kjærgaard, who held the position until his death in 1907. 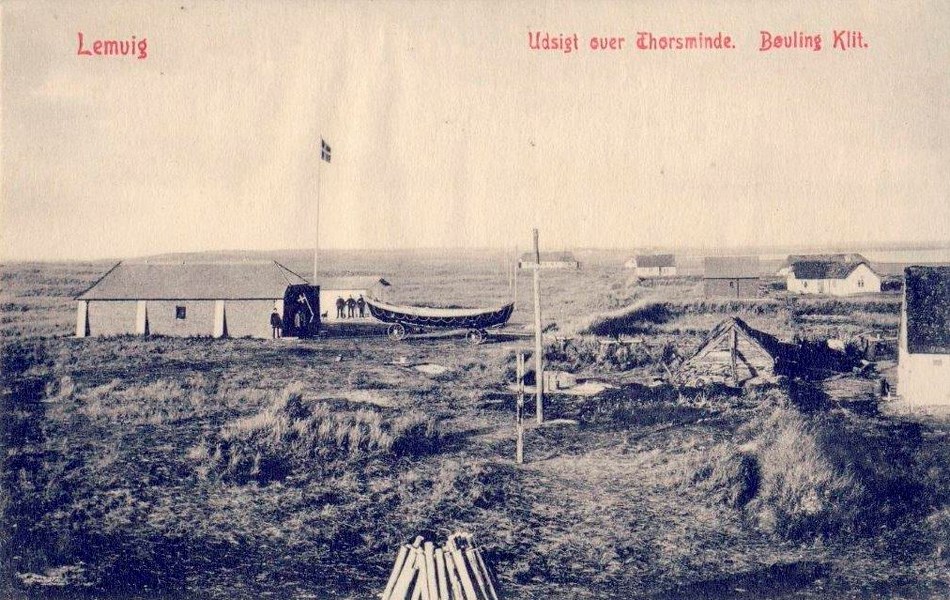 In 1886, the station received a decommissioned rescue rowboat from Vedersø Rescue Station. The boat was operated by the crew from Tuskær Rescue Station as Thorsminde was, at that time, too sparsely populated to man the boat. The boat capsized in an exercise in July 1890, and one of its crew members drowned. 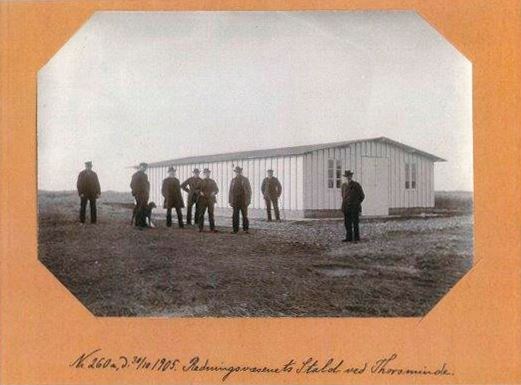 Horsepower for the rescue station

In 1891, Thorsminde Rescue Station received a new rescue rowboat, built at the Naval Dockyards. The old rescue boats were usually transported from the rescue station to the stranding site on a cart pulled by 5 pairs of horses. Locals made their own horses available for the rescue brigade for payment. But there were no horses in Thorsminde and therefore, in 1905, a stable was built for the horses which came from Fjaltring when the lifeboat had to be launched. The stable was used when the horses were waiting during and after the rescue.

But it was also used as a chapel, when dead bodies were found washed ashore.

The stable is now gone, but the older residents in Thorsminde still recall the house and its functions. 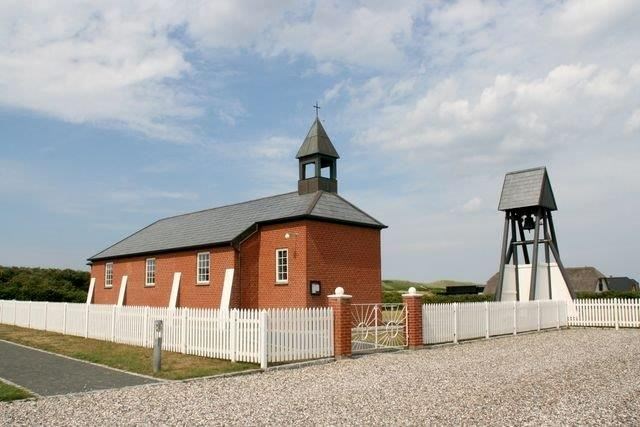 The old station became a church and school

In 1890, a house was built for the lifeboat. The boathouse was sold in 1939 and instead rearranged to house Thorsminde Church. Before that time, there had not been a church in town. During World War II, the locals used the church as a classroom when the German army had seized Thorsminde School.

In 1939, a new rescue station was built on the Marine Engineering Service’s lot at the fjord. This was due to the physical environment no longer meeting the requirements made of a modern rescue station with a motorised lifeboat etc. In 1995, the station had growing pains once more, and the current rescue station was constructed. The station is built according to the same plans as Thyborøn Rescue Station. Today, Thorsminde is one of 21 Danish rescue stations still in operation.

On February 27, 1990, a violent blizzard raged on the west coast. The wind came in at 38 m/s and the sea was rough in the Thorsminde approach. A distress call regarding an Esbjerg cutter 1.5 miles off Thorsminde was received just after midnight. Ten minutes later, the six rescue officers had gathered and decided to launch the newly acquired MRB 35, while the station manager kept watch from the harbour office. The waves were so high, they repeatedly blocked the view of the lifeboat. Rescuers reached the cutter and stayed there until rescue ship Vestkysten arrived from Thyborøn several hours later. The MRB 35 then sailed back through the persistent storm towards the coast – a taxing journey of about 40 minutes.

Afterwards, the station manager said: "Had we known how bad it was, we would probably not have ventured out, but people were in distress, they were the ones we thought about. One thing is certain, we would have never made it, if we did not have the MRB 35. There would have been no way to do it with our old boat. It would have been crushed to pieces. But the 35 withstood it all."

On November 23, 1906 at 9 am, it was reported to Thorsminde Rescue Station that a steamer had stranded about 1,000 metres south of the station. The stranded ship was the steamer Ophelia of Elsinore, which sailed from Marseille to Szczecin with oil cakes.

The rescue crew immediately moved for the beach. The rocket device was underway from Fjand, as this was closer to the stranding site than Thorsminde. The rescue boats from Vedersø and Tuskjær were summoned to assist Thorsminde Rescue Station in the rescue operation.

At 11 am, the rocket apparatus arrived from Fjand. But the ship was so far from the beach, it was no use to try to make contact with the ship using the rocket.

At 1 pm, the rescue boat from Vedersø arrived. At the same time, Thorsminde’s rescue boat was transported down to the outlet (where Nissum Fjord meets the North Sea). By means of the transport carriage from Vedersø, the boat was unloaded and pulled by horses from Fjand and Vedersø to the stranding site.

At the same time, flames were observed aboard from land. The situation was critical, as the winds were hard from the South West. The air was hazy, and the waves were high.

Attempts were made to reach the ship with rescue boats, but the northward current was too strong.

At 2 pm, the ship came free of the third sandbank and drifted further inland. Rescuers attempted to reach the ship with a rocket. They failed.

At 8 pm, rescue efforts with rocket unit were resumed. Just three hours later, the 18 crew members and one passenger were rescued.