Liløre Rescue Station was established in 1887 with both rocket apparatus and a lifeboat.  Over the period 1887-1954, 139 men were rescued from the station. From 1950, the station only had a rescue rocket. It was closed completely in 1967. Today, the rescue station is a private holiday home.

Liløre Rescue Station was the focal point of a tragic drowning accident in 1987 that gained an almost mythical status over the years. 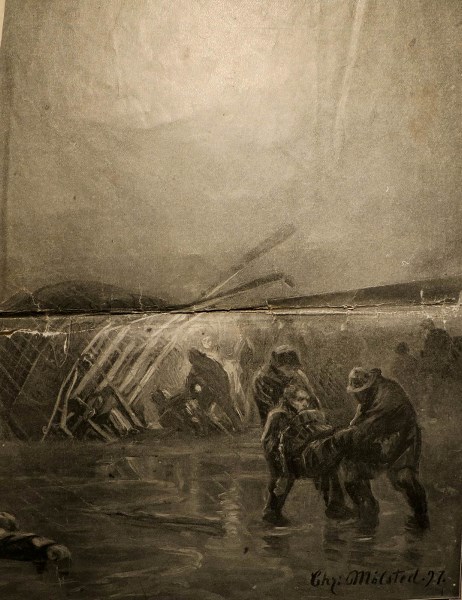 On January 25, 1897 – a bitterly cold, frosty night – the Liløre lifeboat went out to assist two missing fishing boats. It was known that the two boats were out on the rough seas, and as people ashore believed they had seen light on the water, the lifeboat was launched. Several hours passed with no news, and people on the shore were worried. One of those waiting was Mads Hvass, who recalls: "After approximately a few hours passed, another man and I headed slightly north on the beach. Then we heard a cry of distress close to use, and we were aware that something had happened. [...] It was not long before I could see a boat coming in upside down. [...] I immediately discovered a man who washed up by the end of the boat, and while I managed to grab him, I could not keep hold of him. [...] With the next wave, he came up again and I then managed to hold on to him. More people arrived. We soon brought him onto dry land, and some tried to, if possible, bring life back into him. [...] I immediately ran back down again to see if there were any others, for my own father was on the boat. I particularly looked for him. One by one, they were all washed ashore. Some gave little signs of life, but none could be resuscitated." All 12 of the lifeboat’s crew members died – including Mads Hvass' father, Peter.

However, the two fishing boats made it. Rescue steamer "Vestkysten" eventually rescued the exhausted fishermen.

The lights that people had seen from the shore were subsequently believed to have been those of a passing steamer, as the fishing boats had been much further north.

Correspondents from around the country came to Harboøre

"With the greatest of attendance from all parts of the country, the twelve shipwrecked rescuers were buried on Tuesday February 3 in Harboøre Kirkegaard." the Illustrated Journal reported. The funeral was paid for by the government, and people turned out in great numbers. There were journalists, officials, clergymen and representatives of the King. "However, what gave the funeral almost a strange, appealing character was that a multitude of lifeboat crews, shore officers and fishermen from all over the West Jutland coastline appeared to escort the shipwrecked men to their graves. There was a stark gravitas on these men’s faces, they spoke with hushed voices and walked heavily in the large funeral procession. They went there knowing for themselves what it is to risk one’s life for the salvation of others", the Illustrated Journal observed.

In the days following the accident, correspondents from across the country, including Copenhagen, made the long journey to Harboøre to cover the events and the funeral. 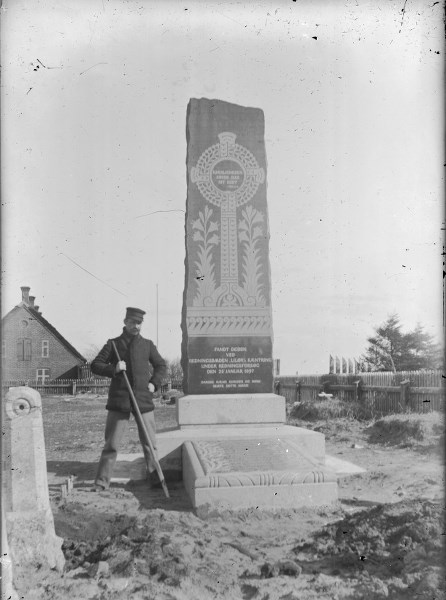 On May 15, 1898, a monument in memory of the 12 drowned rescuers was unveiled at Harboøre Cemetery. The memorial stone was revealed by Anton Andersen, rescue manager from Lemvig in front of around 1,000 people in attendance.

The sinking of the Lilleøre lifeboat was commemorated year after year, with large commemorations on the 50th and 100th anniversaries. On the memorial day in 1997, a model of the lifeboat was hung in Harboøre Church.

"The Beach of Death" and "The Land of Widows"

The wreck of the Liløre lifeboat came just four years after the "great disaster" in 1893, when 48 fishermen drowned – 26 of them from Harboøre. When representatives of the press travelled once more towards Harboøre to report on the capsizing, phrases like "The Beach of Death" and "The Land of Widows" were used about Harboøre. Harboøre was hit hard, and many had lost family members. The attendant at Liløre Rescue Station was not on the boat himself, but he lost two sons and a son-in-law in the accident.

Even today, the two tragic accidents in the late 1800s remain part of the local identity.

They are part of an overarching tale about the living conditions and perspective on life in West Jutland. A multifaceted tale that includes conflict and struggle, condemnation and disagreements about interpretation. It is about the struggle with, and humility towards, an almighty nature, conflicting religious beliefs, and the differences between a West Jutland fishing community and the media and authorities of the city.