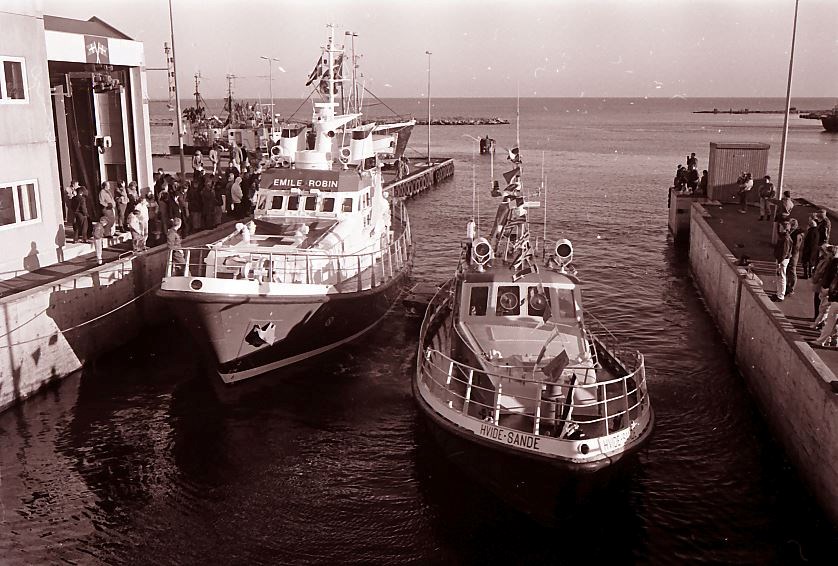 The opening of the floodgates in Hvide Sande in 1931 also meant new opportunities for the rescue service. It was no longer necessary to launch the lifeboat from the beach, and the nearby small stations with rescue rowing boats in Haurvig and Sønder Lyngvig were abandoned. In 1933, Hvide Sande Rescue Station opened.

Hvide Sande Rescue Station’s first boat, the MRB 21, was equipped with a 58 hp petrol engine (replaced in 1961 by an 86 hp diesel engine).

As tasks changed and new opportunities for effective rescue emerged, the motorboat was replaced with newer and larger ones – first the MRB 33 and later the MRB 34, which is now stationed at Anholt Rescue Station. The station also received a rescue barge with an outboard motor, as well as a lightweight, fast boat. In 1989, the station's current lifeboat 'Emile Robin' entered service.

The nature of rescue missions changed a lot over time. In the early years, the station’s raison d’etre was still to assist stranded merchant ships and, in particular, fishing vessels. Later on, beach goers, leisure sailors and windsurfers came to feature more heavily in the statistics. Most years, Hvide Sande Rescue Station conducts about 100 missions. 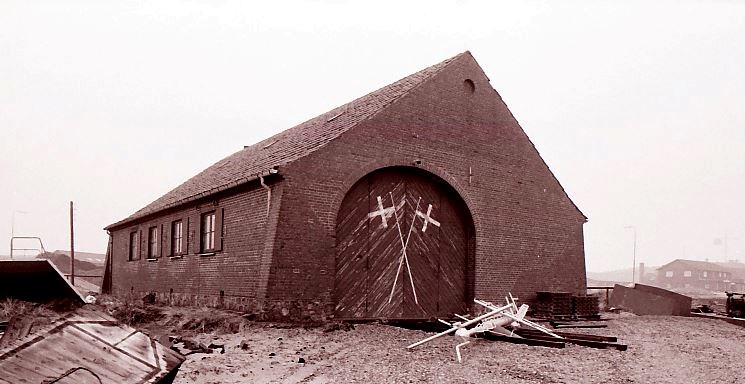 The rescue station's original building from 1933 was on the north side of the new port. It was constructed from drawings of the then newly constructed station in Esbjerg from 1927. Here, the motorised lifeboat was on a flatbed truck that could be lowered by a rail system onto a slipway where, using electric winches, it could soon be in the water.

They had to be careful. The old rescue rowing boat from Sønder Lyngvig Rescue Station was kept in reserve until 1947.

With the many rescue stations around during the second half of the 1800s, an effective rescue brigade had been created, but of course that did not help much if the strandings were not discovered in time. Patrolling the beach was the shore officer's task and responsibility, and in principle, he was obliged to always be present when the weather brought with it a risk of strandings. This system, however, was not realistic.

When the beach guard saw a ship in distress, it was his first duty to signal to the crew that they had been observed. He did this by lighting a flare. Immediately afterwards, he alerted the rescue station, which at once made ready for a potential rescue operation.

December 9, 1951 is a dark day in Hvide Sande Rescue Station’s history. The Dutch dredger 'Kinhem' had run out of coal in rough weather and wanted tug assistance to avoid stranding. The ship had no radio, however, and the captain used an old-fashioned method. He signalled using a distress rocket.

On shore, the signal was misinterpreted. It was assumed that the crew was in danger, and as neither wind nor seas were all that dramatic, the motorised lifeboat MRB 21 was launched. On the way back, without the crew, but with the relatively mundane request for tug, the rope holding the lifeboat’s anchor snapped. Without this resistance, the boat’s speed became far too high, and it capsized in the surf. Five members of the boat's crew perished.

The drowned were buried at the little Nørre Lyngvig Church on December 15 (Hvide Sande Church was not built until 1954). The church could only hold 150 people, so the vast majority of the 2,000 people who flocked from near and far had to remain in the cemetery in the rain and drizzle.

Danish newspaper Berlingske Tidende encapsulated the mood that gripped the entire nation:
"Nørre Lyngvig Lighthouse was already lit, sending its fan of light across the roaring grey of the sea, as people quietly left the small sandy cemetery this the afternoon. Five of the region's best men were laid to rest. Five true pillars of the small society gave their lives together and were buried together. They will not be forgotten, neither by their region nor by the country as a whole." 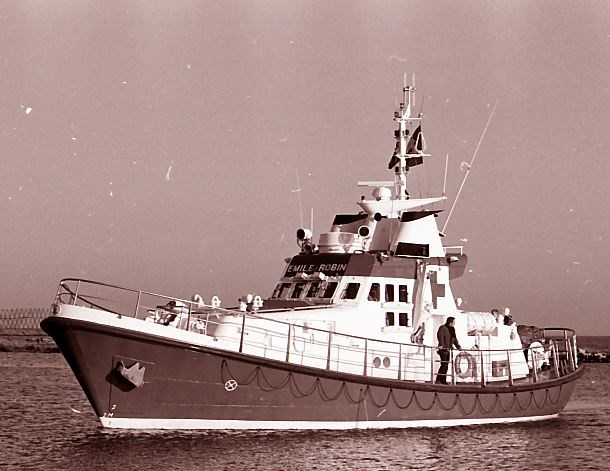 The lifeboat 'Emile Robin’ was delivered from the Nordsøværftet Shipyard in Ringkøbing in 1989. It is equipped with two motors, each 384 HP. Its top speed is 11 knots (approximately 20 km/h), and it can run at full power for 20 hours.

Emile Robin (1819-1915) was a Parisian merchant, philanthropist, cognac manufacturer and vice president of the French charitable association La Société Centrale de Sauvetage des Naufragés (the Society for the Rescue of the Shipwrecked).

Robin backed the rescue services in a number of countries, not least in Denmark. During the period 1891-1913, he established eight grants with a total capital of DKK 114,900 to support Danish rescuers and their families, and donated barometers to a number of rescue stations – so it was natural that a Danish lifeboat should carry his name.